These are all the books I read in April, other than those I didn’t rate five stars, in chronological order.

The Road from Fotheringhay introduces the boy who became Richard 111 so convincingly the reader lives in the mid-fifteenth century with him. Proof of a great deal of meticulous research that forms the basis of an “it’s likely” tale of a man born for unexpected kingship. 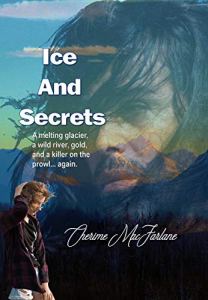 Take the bitter freezing cold of Alaska, stir in a hoard of gold, a few old-timers with no regard for the law, Micha. Breeding pure wolves with huskies makes for a pup faithful to its owner to the death. Guess what? That’s illegal! and you have Ice and Secrets. Suspense and murder in plenty, well-laced with an incredibly steamy romance between Lane and her dogman.

Missing in France is Ms Chapman’s best Anna Davies mystery yet! Is Marseille the wicked city it’s said to be? It doesn’t seem so to Anna until she meets a woman whose little girl was kidnapped. When a baby boy vanishes from his bedroom in the same way, Anna cannot resist sleuthing, only to discover other children, scattered throughout the South of France, met the same fate over a period of years, but what fate?

Rita Lee Chapman has a talent for painting a vivid backdrop to the action. You can see the beauty of Paris, Avignon, and Arles, and taste the delicious food. Take a glass of wine or a coffee with Anna, but remember danger lurks behind you! 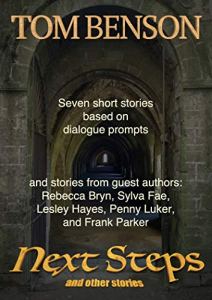 A Magic Box of… Apples?

Next Steps is a collection of short stories perfect for reading at any time. With a coffee… when you can’t sleep… Not that they’ll help you nod off; you’ll find yourself reading three, not one as planned, and then lying thinking about them.

Exciting, tragic, fanciful, spooky, romantic – they’re all here with only one thing in common. They captivate from start to finish.

Readers will have their favourites. Mine was Earworm by one of the guest authors, Sylva Fae, but Tom Benson’s own offerings show his talent for diversity. What could be more  different than the title story, Next Steps, and Time to Let Go? Read them and decide for yourself. 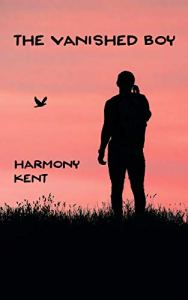 How well did Carole know her son? Did she shut him out while she grieved for his father, her love of fourteen years tragically dead? She’s still grieving and, one night she resorts to sleeping tablets and misses his text: “I’m stuck”.

Where? He hasn’t come home, so did he need fetching? At eighteen, the police tell her, Jaydon is an adult, so he’s not a missing person.

Harmony Kent has brought alive the mother’s panicked trawl through a boy’s online life in her desperate search for the truth. Nothing is hidden, and yet I defy any reader to guess the ending.

Travel with Bryce, artist and art gallery owner/dealer, from Scotland to the spectacular beauties of Prague in search of lost paintings – the fabled set named The Chariots. But is Bryce the only one who desires them? Is it his only reason for his visit? Are the people he meets friend or foe?

Czech Mate has more twists and turns than a corkscrew, but will justice prevail in a country whose people fight for freedom and democracy against the old regime of communism?

This is a captivating story from start to finish, but be warned, it is not for the faint-hearted. There is torture and brutal murder before “checkmate”, and who declares victory? The white bishop or the black queen?

Tabula Rasa is a gold medal winning thriller, and rightly. This is no parochial story of espionage and counter-espionage. It reflects the danger to planet Earth from everything humans are doing in a careless, it-isn’t-my-problem, society, but one man’s solution is… drastic!

Read it if you dare; it’s extremely believable in the current culture of terrorism.

If there is a single book you haven’t read, you really should! Click on the cover and a clean link will take you to Amazon Com, and from there it’s easy to reach Amazon UK. Enjoy!