World War II is raging. A young father must choose between his family and duty to his country- a decision that could cost him everything.

Based on actual experiences of United States veterans and official military aviation history records from World War II, this is the thrilling story of a family’s journey into war. While his loved ones struggle with shortages and rationing at home, Sam endures relentless Japanese attacks against his unarmed aircraft over the treacherous mountains and torrid jungles of Asia. His job is to drop supplies to Merrill’s Marauders and over 750,000 allied soldiers fighting in the perilous jungles of Burma. If the enemy is not stopped, the American way of life will end.

If you like non-stop action with a touch of humor and romance and the chance to learn about the “forgotten front” of WWII, then this is the book for you. Download it FREE November 10th – 11th – 12th.

Please remember to review your gift on Amazon, Sarah Stuart. 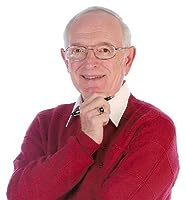 Founder of the Authors’ Social Media Support Group (ASMSG), author of the WWII thriller “Kicker,” U.S. Air Force veteran and commercial pilot.  R Grey Hoover is an Air Force veteran with a family tradition of military service that dates back to the American revolution. He wrote his book “Kicker the forgotten front” to honor his father and the other veterans of World War II who fought in the China-Burma-India (CBI) theatre.  During the war, the European and Pacific theatres got most of the supplies and media attention leaving the CBI theatre with the leftovers. Even in today’s media coverage of World War II the CBI theatre is never mentioned. The author’s book is an attempt to correct this gross oversight.

Sam and Bobby Joe were totally exhausted when they crawled into their charpoys. The harrowing events of the day had taken its toll on them physically and mentally. In spite of the heat and noise of the jungle, Sam felt the blessed relief of sleep approaching soon after his head hit the pillow. However, as he drifted off, a feeling of unease came over him. It was a feeling that something was wrong, not here in India, but at home. He didn’t know if he felt uneasy because he still hadn’t received mail from home or because of some unknown reason, but the feeling stayed with him until he finally succumbed to his exhaustion and slipped into a deep sleep.

Thankfully, his slumber was not disturbed by his recurring nightmare, and he slept soundly until the wee hours of the morning when he suddenly awoke not knowing what had disturbed him. A light rain was falling outside, and except for an occasional flash of distant lightning, the basha was in total darkness. He lay very still, listening to the sounds around him. He strained his hearing, but no sound came except for the steady breathing of the sleeping men around him. After several minutes, he relaxed, thinking his imagination was playing tricks on him. He was almost asleep again when he thought he detected a faint unfamiliar sound coming from somewhere in the basha. Once again, he listened intently, not sure he had heard anything; but then he heard the sound again—only this time it seemed closer, and he was sure it came from within the basha. He couldn’t quite place the sound, but it seemed like something soft brushing against an object. He listened closely, but all was silent. None of the other men in the basha stirred, and after an extended period of silence, he relaxed once again in anticipation of sleep.

He was in that dreamy state just before slumber when he felt the presence of something or someone nearby. Once again, his senses came to full alert, and he made a conscious effort not to move. He listened carefully, bringing all his senses to bear. He could see or hear nothing, and yet he was sure something was there. He was startled when someone at the other end of the room moved, but then all was silent once again. He was lying on his back, so he slowly moved his head to the right and scanned the darkness.

At first he saw nothing, but then attention was drawn to a slight movement at the foot of his bed. He couldn’t make out what it was. It appeared to be an undistinguishable shadow against the darker background of the room. As he watched, the shadow moved, and he held his breath as it silently glided along the side of his bed. There was no sound as it moved, and it slowly drew nearer and stopped near the head of his bed. He could tell that it was something large, but due to the extreme darkness, he was unable to see what it was. His instincts told him this was something dangerous and evil, and the hairs on the nape of his neck stood erect. At that moment, a distant flash of lightning faintly illuminated the scene, and in that instant of light, Sam could see the large form of a tiger standing beside him.

The animal’s head was enormous. Its eyes, momentarily reflecting light from the faraway lightning, gave the beast an evil, devil-like appearance. This was death incarnate staring directly at him.

Sam was frozen with fear, and his heart seemed to stop. His .45-caliber pistol hung on the wall not three feet away, and he cursed himself for not keeping it inside the mosquito netting with him. He knew the tiger could see that he was awake, and he feared any movement would cause it to attack. The animal stepped closer, and Sam could see its dim outline and smell its damp fur and the fetid odor of its breath. The tiger appeared to know its victim was helpless. The great beast took its time as it sniffed the mosquito netting as if testing its strength. Slowly it raised a huge paw and placed it against the puny impediment. The tiger’s claws caught in the netting, and with a mighty swipe, it ripped the flimsy material away from the bed.

One thought on “Kicker: The Forgotten Front”

Adventures in Africa and other places

One author's exploration of the evolving self-publishing labyrinth